Rugby World Cup adventure – with a twist – coming to Showmax 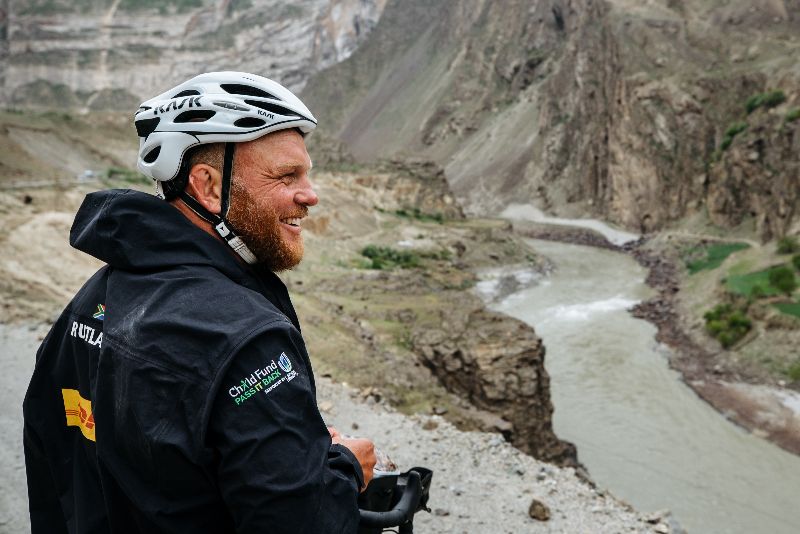 Rugby World Cup adventure – with a twist – coming to Showmax

Johannesburg, May 3 – Rugby, travel, cycling and a pair of mad-cap adventurers.

What could possibly go wrong?

A whole lot, although in the case of the intrepid James Owens and Ron Rutland (pictured), their extraordinary journey to the 2019 Rugby World Cup was remarkable for the kindness and good nature they experienced along the way.

It was no ordinary trip. They set off from London on February 19 – on bicycles. Their aim was to pedal 20 000km from London to Tokyo, in time for the tournament opener in September.

There were no ifs or maybes – in among their luggage was the official match whistle for the opening game.

Their story, which takes place across the dramatic backdrop of Europe and Asia, is told in the sweeping film “Everything in Between”, which premieres on Showmax on Friday and will be broadcast on SuperSport from May 14.

Ironically, Owens hailed from England and Rutland from SA, so there was a bitter-sweet conclusion (depending on allegiances).

“James and I had the extraordinary and life-changing opportunity to spend eight months cycling some 20 000km for the 2019 Rugby World Cup,” said Rutland on Sunday. “It was the hardest, but also most rewarding expedition imaginable, and we are delighted to be able to relive the wild ride with audiences across Africa for the very first time from this Friday.”

Said Owens: “In some ways, the experiences were similar to what I’ve had before, it was just amplified across the trip. It just confirmed what deep down I already know – people are awesome. When you need it, people take you in, give you water. Outwardly, cultures are represented differently, but deep down people acknowledge humanity.”