‘Chasing the Sun’ kicking off on Sunday 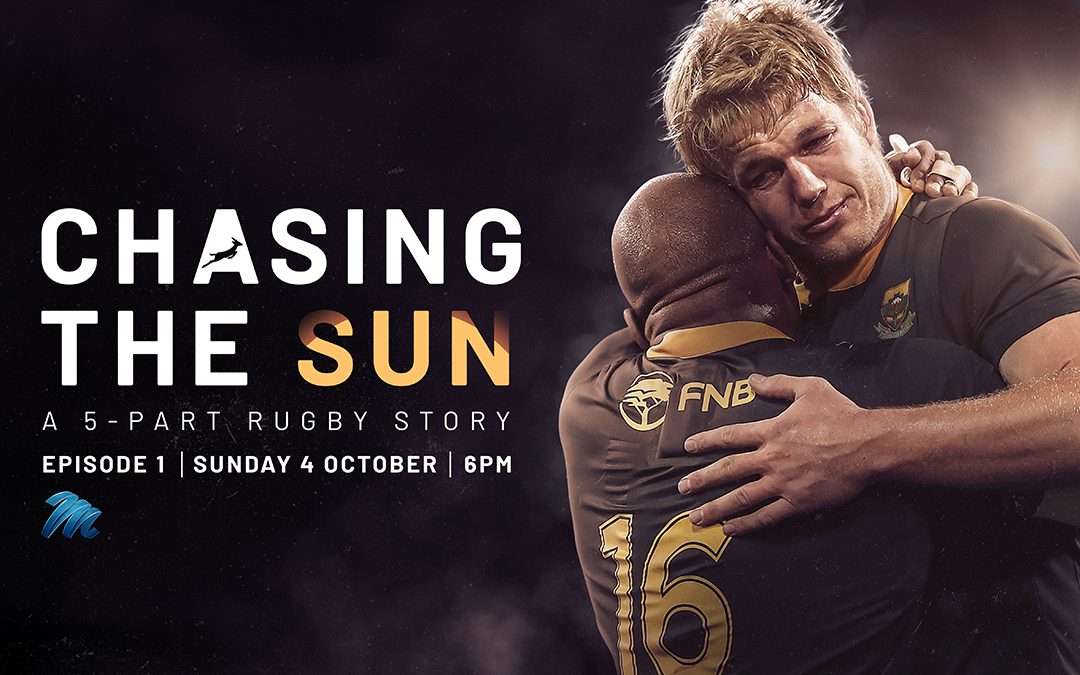 It takes a lot to excite the quiet hero of the Bok team, but he loved what he saw.

“I got goose bumps watching.”

Beast Mtawarira, the rock-solid prop, did the same, promising that what viewers will see will be “priceless”.

The premiere of the five-part documentary will be broadcast on M-Net, DStv channel 101,  on Sunday (6pm) with the final episode on November 1, the eve of the one-year anniversary of the Springboks’ 2019 Rugby World Cup triumph.

The documentary starts long before the World Cup and tracks the Boks’ path from also-rans, detailing how coach Rassie Erasmus got the team to believe in itself, to their remarkable coronation as world champions.

Erasmus appointed a new captain in Siya Kolisi and helped the team reclaim its identity. Defeat and denial were part of that difficult journey.

“We started from a place where there was no hope,” said Mtawarira. “He started us on a path to redemption.”

Stressing the need to be authentic, co-executive producer Gareth Whitaker described the making of the film as “the greatest privilege of my life.” He said that layers will be pulled away from the team’s inner sanctum, giving viewers rare insight into what it takes to achieve at elite level.

Much of the footage is raw and unvarnished, lending an authenticity that Whitaker and the SuperSport team strived for.

“Africa is a source of many great stories and it is our duty to tell these stories,” said Gideon Khobane, SuperSport chief executive and co-executive producer for “Chasing the Sun”. “It was a gamble making the decision so long in advance to film the team, but we bought into their vision and believed in their ambition. Their victory was a far better story than any script writer could have dared imagine.”

The documentary is spliced with interviews with many of the key figures, adding perspective and context to one of South Africa’s great stories.

Mtawarira said that having cameras alongside the team was no issue and after 20 weeks together, the production crew were barely noticed. “Some of what people watch will be priceless,” he said.

Du Toit, who crowned 2019 by being named World Rugby’s Player of the Year, talks eloquently about the final itself, when the Boks tore into England.

At one point, he watched as an England player threw a wild 30m pass behind his own try line.

“Are you guys crazy? This is the World Cup final,” he thought to himself, reckoning that nerves were fraying in the England team, as indeed they were.

Chasing the Sun is a five-part weekly documentary and airs on M-Net DStv channel 101, from Sunday, 4 October, at 6pm. It will also be available on the DStv Catch Up service.